A Musical Unlike Any That I've Seen Before 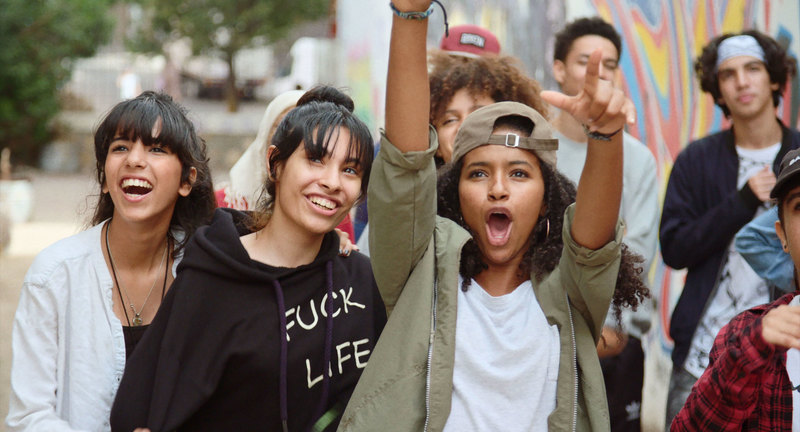 When many people hear the name Casablanca they immediately (and possibly only) think of the 1942 classic film with the same name. While that film deserves all of the accolades in the world, the city of Casablanca is the largest in Morocco. While it doesn’t have a long list of movies that take place there, many may recognize that portions of both JOHN WICK: CHAPTER 3 – PARABELLUM and MISSION: IMPOSSIBLE – ROGUE NATION took place there.

This is a very different film from those, though; the film's synopsis reads, “A former rapper takes a job at a cultural center in an underprivileged neighborhood in Casablanca and inspires his students to break free from the weight of restrictive traditions in order to live their passions and express themselves through the arts.” At its core, we see a film about breaking the mold and reaching beyond oneself. Unfortunately, it got weighed down by that idea, and often struggled to escape that narrative.

The film won the Palme d'Or, one of the most prestigious awards at the 2021 Cannes Film Festival. It was also Morocco’s submission to the Academy Awards last year. I think these honors come from the film's deeper meaning beyond that of the individual. There is a pretty strong subplot about the attack on freedom of expression. The constant beating of the drum about the film's ideals makes it a little harder to appreciate everything it’s worth.

One of my favorite aspects of the film is that at no time was it afraid to let what it was shine through in some of the most critical moments. The film is most definitely a musical or at least musical adjacent, and they took full reign over that idea. You can see multiple times throughout the film when they pay homage to classic musicals worldwide.