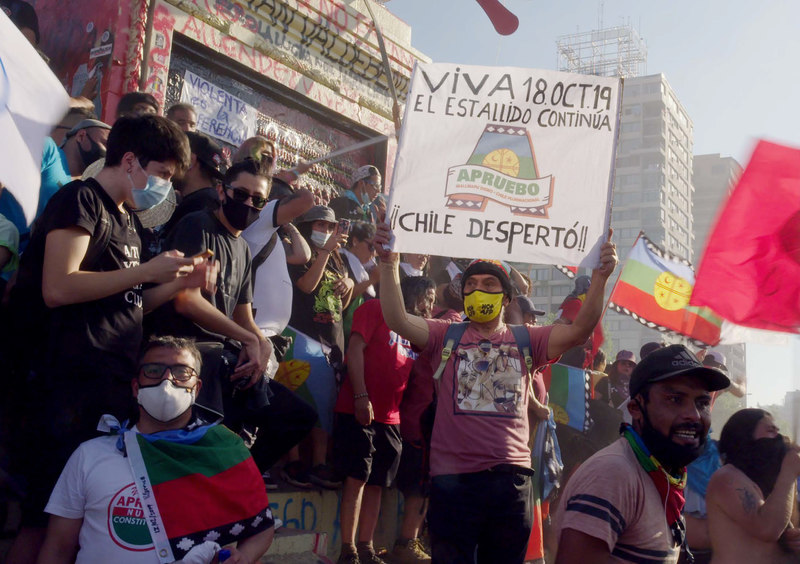 Sometimes a film overcomes itself to be more important than the actual film itself. This is one of those cases. While from a filmmaking standpoint, it was well done and engaging, the power behind the movie's content makes it incredible.

The film synopsis reads, “One day, without warning, a revolution exploded. It was the event that master documentarian Patricio Guzmán had been waiting for all his life: a million and a half people in the streets of Santiago, Chile, demanding justice, education, health care, and a new constitution to replace the strident rules imposed on the country during the Pinochet military dictatorship. Urgent and inspired, My Imaginary Country features harrowing front-line protest footage and interviews with dynamic activist leaders and powerfully connects Chile's complex, bloody history to contemporary revolutionary social movements and the election of a new president.” but that’s only the start; the fight for what’s right is at the core of the story. Traditionally I wouldn’t post an entire synopsis like this in a review, but I think it’s important to know what exactly this film is.

I know, I know… I can hear you all screaming about spoilers. I honestly don’t feel any description of a documentary can ever be indeed considered a spoiler. While I wouldn’t knowingly “ruin” something, I feel documentaries are the exception to the rule.

The film follows along this journey that is not only important for the country but for the world. These citizens, often considered powerless, overcome and fight for the rights they and their neighbors deserve. It’s as much about perseverance as the struggle to do right. The interviews alone make the film worth every moment; I know that many of my readers probably aren’t huge fans of subtitles, but I ask that you look past that and open your mind to this experience. It’s crucial to see what change can be made by the people for the good of others.