An As Advertised Action Flick 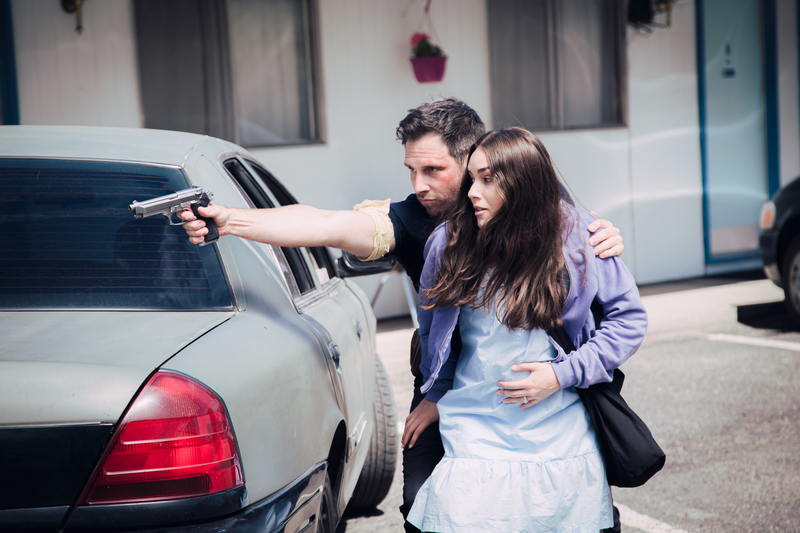 RAVING REVIEW: An action thriller with Vinnie Jones, that tough guy you’ve seen in many movies being… you guessed it, a tough guy. Jones appeared in GONE IN 60 SECONDS, SWORDFISH, SNATCH, and about 100 other similar roles.

Jones was type-cast early in his career due to his natural physique and overwhelming level of intimidation. This didn’t slow him down; he grabbed the reigns and went full speed ahead. While many of his films I’ve never seen, I can only assume that most of them put him in a similar character archetype.

The reviews on IMDb are hilariously all over the place, from solid 10/10 to 1/10’s and very little in between. While I will never suggest anyone should listen to my reviews 100% without making their minds up on their own, I will also say that I don’t think you should listen to 1/10 reviews unless it’s rating one of the 30+ Amityville films from the last decade. The 10/10 can be relegated to bots and maybe a few diehard Vinnie Jones fans; while this was a far cry from a perfect movie, it most definitely wasn’t deserving of the 1/10’s that it received, either.

Very much a cookie-cutter production on a budget, but that doesn’t mean it was terrible either; I typically go into films without looking up anything about them (if I haven’t already seen a trailer.) I prefer this method because the only expectations you go in with are your own. I knew what a film starring Vinnie Jones would be like, and I wasn’t disappointed.

This actor turned director James C. Clayton’s directorial debut, which showed the film felt like it was a little all over the place, but again, set your expectations based on reality, and you can sit back and enjoy the crazy.