Can the Sequel Follow up the Fun of the Original? 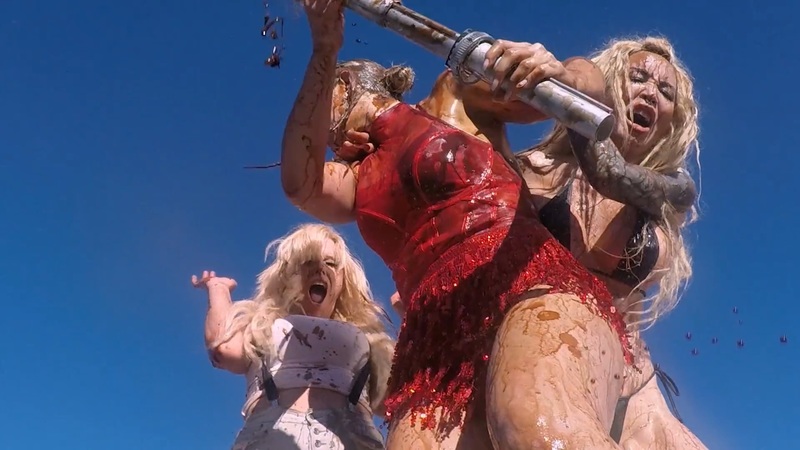 RAVING REVIEW: A worthy sequel to a film that knows what it is and just wants to have fun!

I’m relatively new to Full Moon Features and their film worlds, and this was a fantastic experience. This is a followup to ATTACK OF THE 50 FOOT CAMGIRL a sequel but at the same time a film that could stand on its own. One of the most critical things to remember is watching movies that are what they are. I can’t stress this enough; these aren’t films that are big-budget blockbusters; they are passion projects that are meant to be fun. This movie style will either be something you enjoy or don’t. I don’t think there’s a lot of middle ground here.

This film sees the cast of “giants” grow from Ivy Smith as Beverly Woods with the addition of Masuimi Max and Kiersten Hall, as well as a few other “small” cameos. The story here has been simplified and is basically Smith coming to terms with her “giantness” but still searching for that cure when she can.

This time, the film leans more into the adult territory than the first. However, it works for the film, the goal is to have fun, and that’s precisely what the cast and crew did. The sets were again well done, and the interactions with them were as well done as in the first film.

I can’t get enough of this world, and I hope Full Moon Features gets started on the third film in the franchise soon!