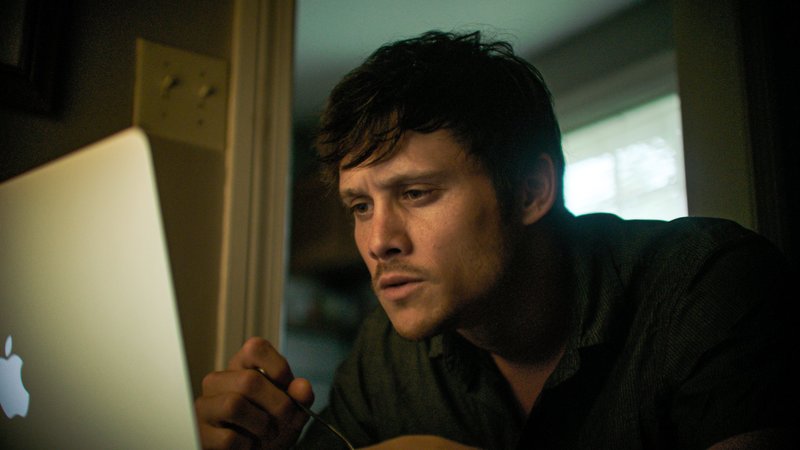 RAVING REVIEW: A slow-burn horror film whose foot slips off the brake and puts the pedal to the floor by the film's end.

This was a wild ride with horror veteran Radha Mitchell (SILENT HILL, THE CRAZIES) and relative newcomer Timothy Granaderos (WHO INVITED THEM, 13 REASONS WHY) leading the film; we’re in for a very systematic first act that takes its time establishing the story. Unfortunately, it takes almost too much time, and by the end of the second act, you’ve lost interest in the film's horror element. By the time we reach the third act, the film is going full force after its brakes have been cut.

Some choices worked well, and I liked the focus on building the characters' stories. Still, the addition of Emile Hirsch (THE GIRL NEXT DOOR, INTO THE WILD) felt almost like he owed this role to someone, and they filled out a storyline for a character who would’ve initially only had a few lines. I saw Hirsch in his previous film, DIG, and thought he had an excellent performance.

Sadly, this film also committed one of the biggest horror sins (for me) and went “weird” for no reason other than to go weird. I won’t give away the cause, but you’ll quickly understand what I mean when you see it.

I feel the film could’ve been far more successful had it been a thriller/drama instead of adding the “horror” elements. The idea within the script is an interesting take, even with a beautiful homage to MISERY thrown in. Had there been more signs of the horror genre throughout the film, it would’ve been a little more successful.

I didn’t dislike most of the film; I just found the tonal shift to be a little too jarring. I could’ve been entirely on board with a little more balance.