Life Throws a Lot at You Sometimes 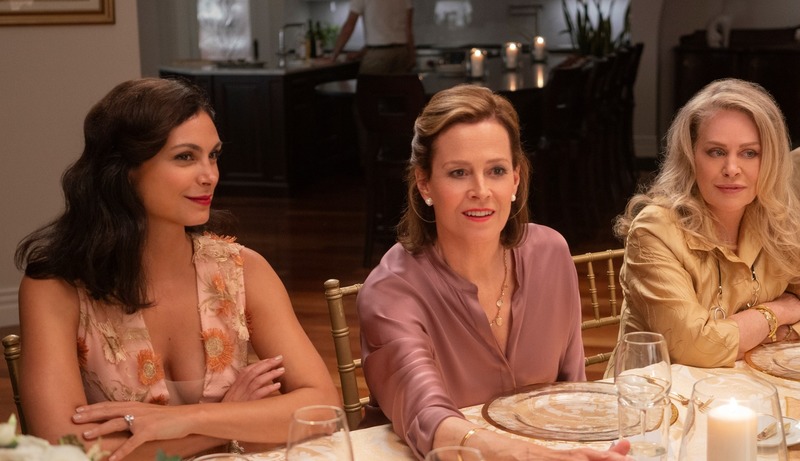 RAVING REVIEW: A warm, caring, passionate, and powerful film about the struggles with addiction and the impact that suicide can have on a family.

With some all-star talent in the cast from Sigourney Weaver (ALIEN, AVATAR,) Kevin Kline (DAVE, A FISH CALLED WANDA,) and Morena Baccarin (FIREFLY, DEADPOOL,) the film was an instant hit for me. It was a pretty simple story about family and hit home with me on multiple levels. I’ve dealt with family members who battled addiction and seen what loss does to those who have lost someone to suicide. So maybe the film touches me deeper than someone who hasn’t had these experiences.

Either way, the experience holds up well with solid performances from the entire cast, and no one feels they just phoned it in. Weaver and Kline lead the cast, but the supporting characters offer much for them to build off. Multiple moments challenge Weaver and Kline together and separately to show the depth of their acting abilities. The film is based on the New York Times bestselling novel by the same name, and although the screenplay was written by someone other than the author (I’m usually not a fan when that happens), it worked wonderfully. I can’t say I’ve read the book, but the screenplay was strong and stood on its own.

With generally positive reviews, the film premieres at the 2021 Toronto International Film Festival and later showed at the 2022 Tribeca Film Festival. While I enjoyed the movie, I would suggest caution is used if you’ve experienced addiction or know anyone who has passed away from suicide; there can be several triggering moments or a struggle to handle. Both topics were handled with care, but the reality is that they can be rough things to watch on screen if you’ve dealt with them in real life.