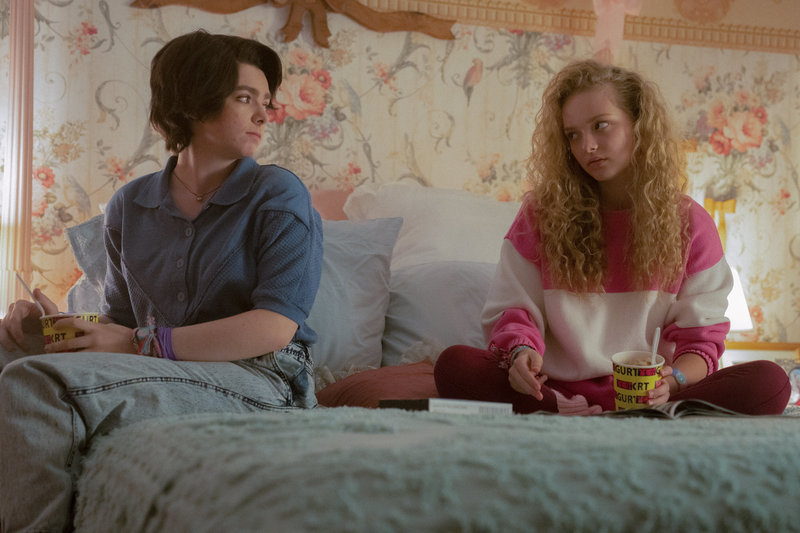 RAVING REVIEW: A throwback to everything the 80s had to offer and more. The film rode the line between a parody and an homage to horror and 80s/90s young adult novels.

No matter what your thoughts are after finishing this, it is undoubtedly a fun ride. While the destination may not be something for everyone, the journey to get there was fun and filled with nostalgic style from start to finish.

The only issue I had was the rating of the film, it very much rode the line of deserving the R rating it got, but the majority of the film would’ve been just fine for a PG-13 audience. It could’ve been edited down a few moments to reach a broader audience; some parents may feel uncomfortable letting younger teens watch.

Outside of that, there isn’t much to complain about; if you enjoyed Goosebumps books when you were younger, this is right up your alley. The two leads, Elsie Fisher (EIGHTH GRADE, DESPICABLE ME) and Amiah Miller (LIGHTS OUT, WAR FOR THE PLANET OF THE APES), felt as though they were born to play these roles. Fisher was almost unrecognizable from her performance in EIGHTH GRADE but still has that incredible charm that made her a standout in the film.

My favorite scene in the film was a clear homage to 1973s THE EXORCIST and nearly had me dying laughing. I genuinely appreciated how careful the film was to be its own thing and not just a  copy of a teen comedy or parody of the horror genre. Some moments from an effects standpoint felt out of place, but you couldn’t help and enjoy them.

Overall the film was a fun addition to the teen horror genre; make sure you stick around after the “end” for some entertaining little snippets about the characters' future.