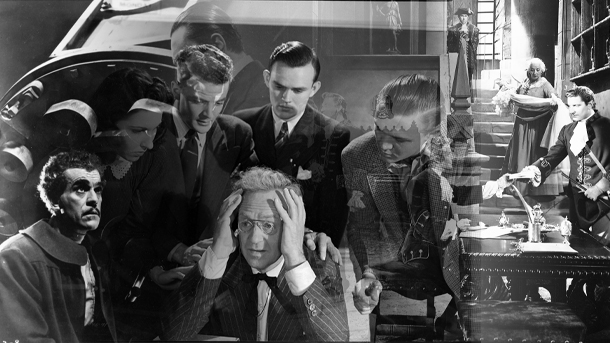 You will quickly realize when you start watching these if they’re films that you will enjoy or not. While they’re not silent, they are early Hollywood. The movies are rough at times but only from the aspect of the films being older. Hollywood had a unique style at that time over quite a few decades; if you enjoy that style, you will probably appreciate it more.

Ironically I liked the films in the order that I watched them. THE INVISIBLE RAY was my favorite, and I thought it felt the most like the rest of Universal’s genre films. It had this feeling that you never quite knew what was around the corner, but at the same time had a warmth that allowed you to appreciate it for what it was.

BLACK FRIDAY and THE STRANGE DOOR had moments that I enjoyed but didn’t have the same classic vibe as the other one. The best part is that all three were enjoyable, especially considering today is the first official day of the spooky season.