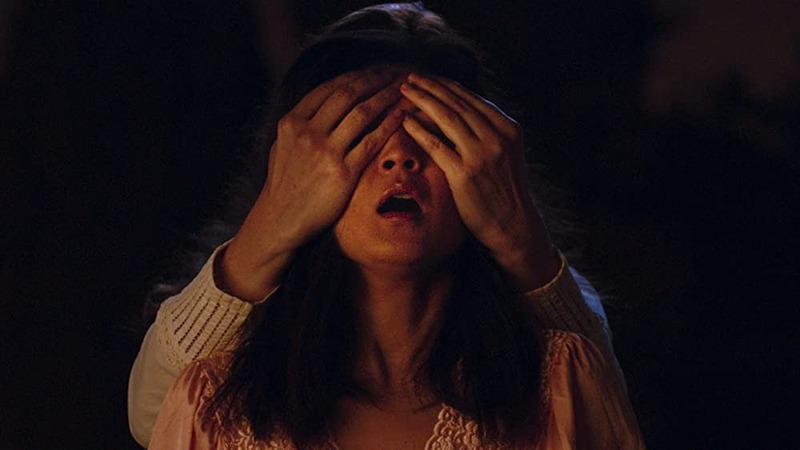 Michelle Krusiec in THEY LIVE IN THE GREY (2022) [Credit: Shudder]

MOVIE REVIEW
They Live in the Grey

RAVING REVIEW: Unlike many modern horror films, this one mixes the perfect amount of gore with an interesting story and a little bit of an “artsy” feel without going over the top.

It feels like, more often than not, you either get a mainstream horror film, or you get some attempt at arthouse horror that just does weird for the sake of being weird. I mean no disrespect to those who enjoy that type of film, but horror films work far better when there’s a reason and purpose to the moments that go a little weird.

This was, at its core, a traditional ghost story with many interesting twists. I was impressed at how the story unfolded with surprises you would find out at various points. They could’ve easily turned this into a generic by-the-number storyline that would’ve still been appealing; instead, they took the story and expanded it with creativity and good old-fashioned “scary stuff.”

Abel Vang and Burlee Vang direct the film, and I’m unfamiliar with their filmography; if you’ve seen any of their others and have any suggestions, please let me know below! The cast sold the feel of the film; they gave a creepy feeling without making it feel like there was something constantly there. Some intelligent writing and solid performances came together to give this smaller independent horror film the perfect atmosphere for spooky season.

The only real knock I would have in general is the runtime; at just a hair over two hours, I think they could’ve trimmed it down closer to an hour and a half while still having the same overall film. Some may have a hard time with the length, although I wouldn’t say this is a slow burn; from the beginning, a lot was going on that kept you interested in the story.