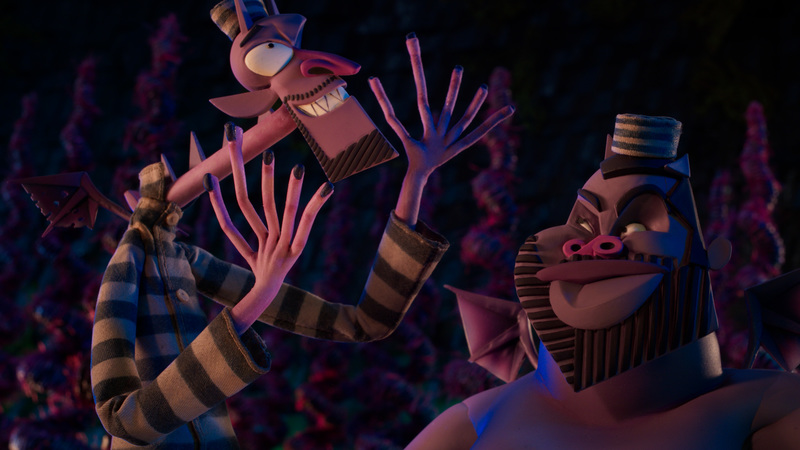 RAVING REVIEW: One of the modern-day masters of stop-motion animation delivers a somewhat underwhelming yet inspired, perfect family-friendly film for the spooky season.

With obvious inspirations from his previous work, writer/director Henry Selick dives back into the stop-motion playground with his follow-up to 2009s CORALINE. While this isn’t on the level of CORALINE or THE NIGHTMARE BEFORE CHRISTMAS, I think it shows that this wicked world Selick occasionally visits is still valid.

There’s a certain warmth to his animation style that some have tried to duplicate but haven’t succeeded. If you were curious why I mentioned THE NIGHTMARE BEFORE CHRISTMAS, it’s because even though the film is most often associated with Tim Burton, Selick directed it and gave it that unique heart it’s known for.

That’s probably the biggest letdown for WENDELL & WILD; although I enjoyed the ride, that same connection wasn’t there that I’ve become accustomed to with his projects. While Lyric Ross (THIS IS US, IRONHEART), who plays the lead Kat, brings some incredible emotion to the character, the rest of the astonishing cast doesn’t seem to connect as you would hope.

With names like Keegan-Michael Key, Jordan Peele, Angela Bassett, and James Hong, you would hope for some mind-blowingly memorable performances. Sadly that’s not what I got, at least not on the first watch. I think this will be a film I revisit when I inevitably do a Henry Selick marathon.

On a different level, while I loved the visuals, the art of stop-motion blends a little too much with computer graphics. CGI lets imaginations run wild, but it also takes a little of the oomph out of one of the most beautiful animation styles. I would still recommend this to anyone who asks, and there’s no lack of creativity here.