An Introduction to Ghost Movies for Kids

by Chris Jones
Published on November 5, 2022 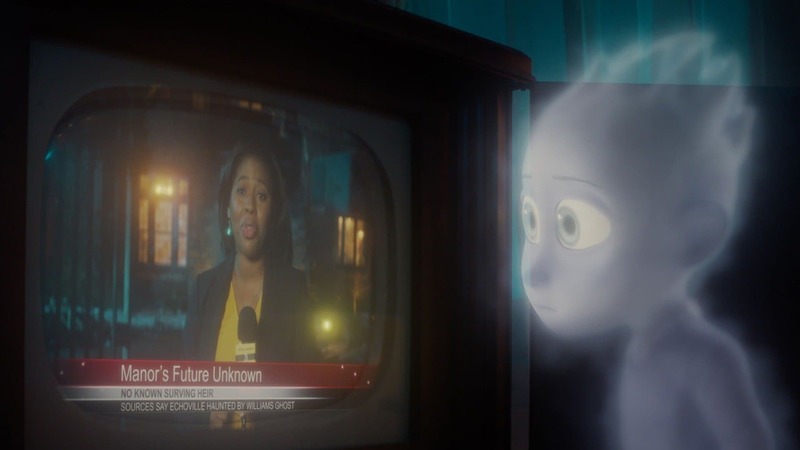 RAVING REVIEW: What happens when you get Asylum style films that are family-friendly? Well, to be sure, it’s an interesting mix, whether good, bad, or weird.

First things first, the reason that this got a 1.5-star rating instead of a half-star is that there were a lot of pieces that were present here. The effects were pretty solid throughout; the acting was decent, and the “idea,” although a little convoluted, was there.

While digging for more information on the film, I ran across so many comments comparing this to the 1995 film CASPER, and while I get where they’re coming from, they’re comparing that on a surface level only. The film has very little to do with CASPER outside of the style of “Ghoster,” and it takes place in a large house. I would venture to guess anyone making that comparison only looked at the cover and didn’t watch the movie.

I would say this is directed at a younger audience (teens are likely too old to appreciate it.) I would think this would be ideal for ages 5-8 who are around about there. This would be a fun introduction to kids as you gradually let them watch more and more “scary” things (and this is NOT scary in any way.)

I mentioned in my intro that this reminds me of a family-friendly version of an Asylum film. Asylum is an independent film company that produces low-budget, direct-to-video films called “mockbusters.” The idea here is to take a popular title and pump out a film that is similar in name and occasionally script. Thankfully this film had some more of a budget behind it, and while feeling like CASPER, it held its own as an original creation.

Director Ryan Bellgardt has a few other similar titles to his name, such as JURASSIC PET (as well as four other dinosaur-themed films.)