Is the Bigger Threat Inside or Outside 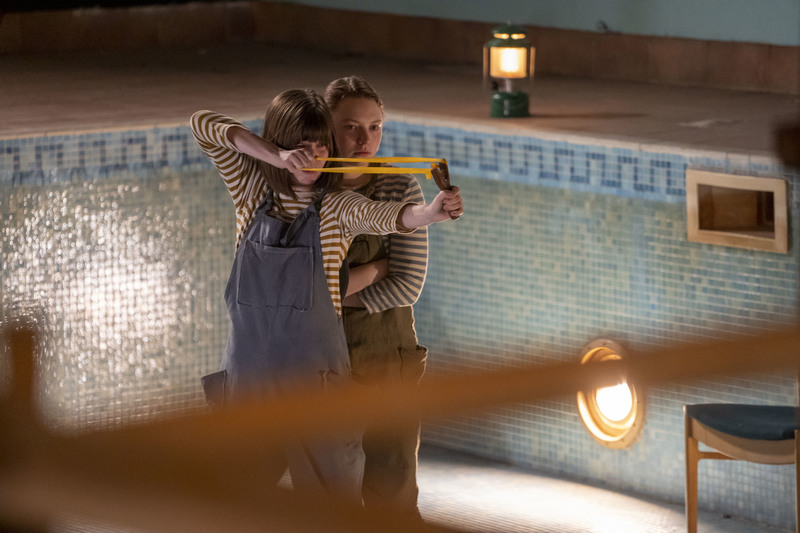 RAVING REVIEW: I went back and forth on this one, never to the point where I would say it was terrible, mainly from really good to uncomfortable pacing. It ultimately landed somewhere between, still resulting in a good viewing experience.

The aspect the film excels at the most is keeping you on edge. Every time you think you know what will happen, the movie jukes and takes you down a different lane. I couldn’t shake the feeling while watching that I’d seen this story before, but I couldn't place it for my life. Enough constant drama kept you invested, even when the pacing felt a little off.

The movie battles with the story only in terms of which aspect to focus on. There are two stories, the struggle between the daughters and their mother and the fight against the “shadows.” Creating a constant feeling of unease throughout; at times, it feels like a masterclass in visual stress. Letting you try to dissect what is happening and what isn’t happening at the same time.

I love the look of the film; a post-apocalyptic world created simply by being away from people and simple, practical effects. The idea of being afraid of the day instead of the night genuinely makes for an intriguing twist we don’t usually see. Probably the part of the film that struggles the most is its runtime. Coming in at an almost two-hour runtime, I feel it could’ve been edited down to make for a tighter story.

I would be remiss if I didn’t point out the incredible talent on-screen, especially that of Mia Threapleton and Lola Petticrew; the two actors bring the entire film together. I wasn’t familiar with either of their filmography previously, but I’m curious to see where they go from here, mainly since this was filmed a while ago.