A Fun Double Feature That Is Sure to Keep You Laughing

by Chris Jones
Published on December 9, 2022 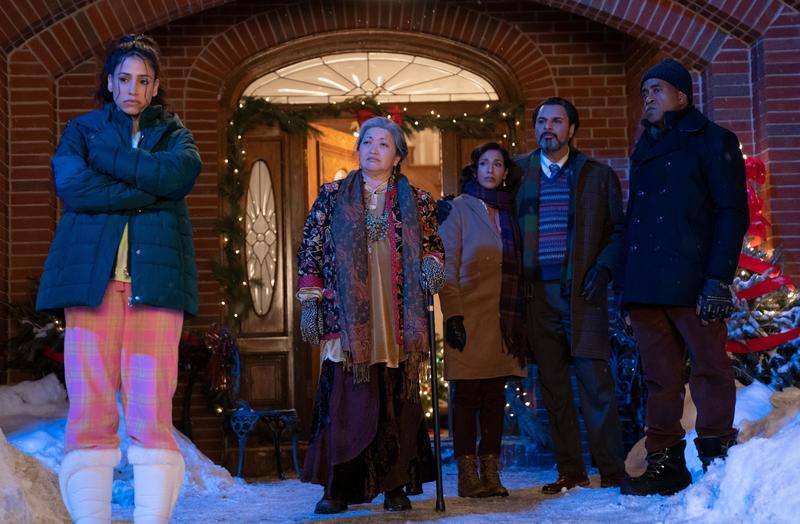 MOVIE REVIEW
The Binge 2: It's A Wonderful Binge

RAVING REVIEW: A sequel to a film that ups the ante but struggles to keep the story going. I don’t think most people who enjoy buddy comedies will leave this with anything but a smile on their faces.

So I had heard of THE BINGE in passing but hadn’t watched it until receiving the screener to this. To be fair, this was titled simply IT’S A WONDERFUL BINGE consistently, so I didn’t realize it was a sequel until diving into researching it a bit. I decided I couldn’t watch the second one without watching the first. I will admit that, as is the norm, the first offered something more unique and memorable than part 2.

Both are (a parody of THE PURGE films) but with twists that make them feel unique enough. The sequel film takes the idea from the first and moves everything to the next level. In some ways, it works wonderfully; in others, it struggles to keep pace. It sometimes felt a little chaotic, with a story that only partially pays off how you had hoped.

For the most part, if you like “inappropriate” buddy comedy films, you’ll likely enjoy both; they make for a fun double feature (especially since both are Hulu originals and on the platform.) I wouldn’t look to either to have anything groundbreaking in them, but I sometimes caught myself audibly laughing out loud through both films.

The addition of Danny Trejo was a pleasant surprise in the sequel, and the “Santa Clause” scenes were some of the best of both films. The Christmas setting for the second one was a fantastic addition. I don’t know what direction a third film would take, but I could see this franchise continuing into some more nonstop debauchery!