Do You Believe in Miracles? 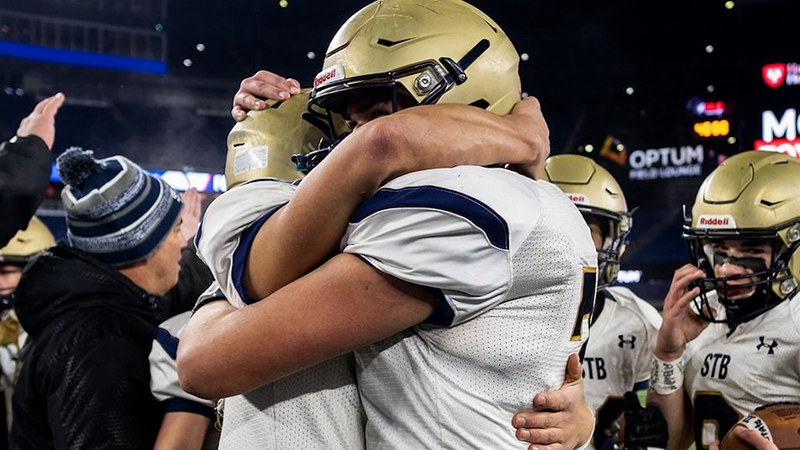 MOVIE REVIEW
All In: Miracle at St. Bernard’s

RAVING REVIEW: Advertised as the miraculous story of an underdog high school football team that beat all odds and proved they were more than meets the eye. You get a sense of school pride and the importance of this team to the school; however, this film is about much more than that.

So while the core of this documentary was about what this unlikely football team was able to achieve, it was also about the larger picture. The school, the families, the teachers, and so much more. Was this small Catholic school in Fitchburg, Massachusetts, saved because of this back-to-back championship football team, or did this football team beat all odds to become back-to-back champions because of the school they were fighting for?

This is the ultimate story of perseverance and never giving up. With a football team that was half or less of most of their opponents, they fought through all adversity to ultimately accomplish what no one thought they could (twice.) Without the school in their minds, the drive to do so likely wouldn’t have been as strong. Athletes play to win, but when you have something to play for, your purpose is increased, and motivation goes a long way toward winning.

A very positive message throughout, I’m sure there were countless sleepless nights had by many involved, but they only showed their resolve in this documentary. The determination to not let this school fall by the wayside like many other religious schools across the country. Thanks to their “All In” campaign, they looked to social media and word of mouth to save the school. The football team that surprised everyone (not associated with the school) was a driving force behind making this dream a reality.

Sometimes films like this don’t have to have a “magic” moment but just a hard-fought story that shows what people are capable of when they have a common goal and want something. Sure, the team winning back-to-back “Superbowls” was a miracle against all odds, but the students, parents, and faculty banded together to make this dream a reality.