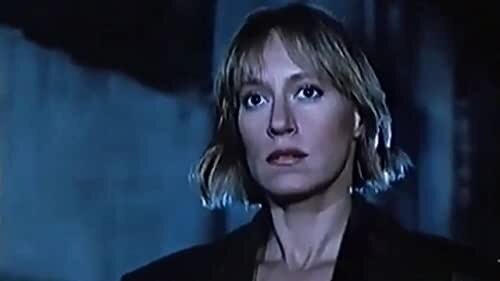 RAVING REVIEW: A mix of some fun elements, bringing together various genres and trying simultaneously to be a creation of its own. While the execution isn’t perfect, the experience is still fun.

PROGRAMMED TO KILL, also known as THE RETALIATOR, is a unique film that follows the story of Samira, a terrorist captured by the American government who is transformed into a cyborg assassin through a series of experiments. Most of the film follows Samira's transformation and her relationships with others around her. Unfortunately, the process also wipes her personality and memories, leading to a predictable rampage of revenge once her memories return.

The action in the film is chaos, and you’re not entirely sure if some of the choices were due to budgetary constraints or if they were done intentionally to add more of a tone to the film. The film tries to present itself as a dramatic story of the consequences of tampering with nature. It is clear that the film attempts to emulate the success of THE TERMINATOR but fits more into a unique genre all of its own.

The movie also feels like an homage to classic sci-fi films while trying to jump on the bandwagon of the popular action films at the time. Throughout the film, it’s clear that the lesson to be learned is to not mess with nature; if you do, there will be consequences. That aspect is made abundantly clear throughout.

Overall, The movie is worth a watch for diehard fans of the "killer cyborg" subgenre.