Does the Second Season Bring More Life to the Series? 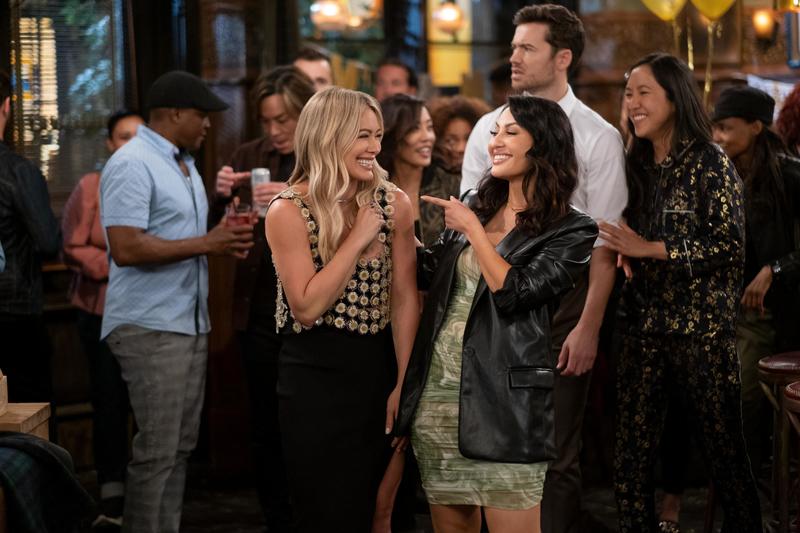 RAVING REVIEW: Season two of HOW I MET YOUR FATHER is climbing at a quick pace! The comedic timing is improving, and the cast is starting to gel. We’ve already had a big tease to tie into HIMYM, and I think as long as they keep those to a minimum, it’ll be fantastic. I’ve only screened the first six episodes, but if you’re interested in hearing my thoughts on the rest of the season as they become available, let me know.

I was intrigued by the release of the highly anticipated second season of the spin-off series HOW I MET YOUR FATHER. The show, set in the bustling metropolis of New York City, follows the lives of a group of friends as they navigate their careers and love lives. The series is narrated by an older version of the protagonist, Sophie, played by the talented Kim Cattrall, as she recounts the journey leading up to the reveal of her son's father.

Hilary Duff, who plays the younger Sophie, is a delight to watch as she navigates through the ups and downs of dating in the city. The supporting cast, including Christopher Lowell, Francia Raisa, Tom Ainsley, Tien Tran, and Suraj Sharma, also do a fantastic job bringing their unique characters to life.

As the series progresses, it becomes clear that Sophie's love life is not without its fair share of drama and heartbreak. However, this aspect makes the show relatable and keeps the audience invested in her journey. The first season ended on a hopeful note; the second season promises to be even more exciting as the show explores new relationships and possibilities.

On a side note, as a fan of the original LIZZIE MCGUIRE series, I was disappointed that the proposed reboot never took off on Disney+. The potential for the series to continue and explore the life of Lizzie as an adult is exciting; I still hope Hulu may pick it up.

One of the series' standouts is Francia Raisa's portrayal of Valentina, Sophie’s “ride or die” best friend. She brings a unique energy and depth to the role and is a joy to watch. Her character adds a refreshing perspective to the show and a layer of complexity to the dynamic of the group of friends. As a fan of the hit series GROWN-ISH, I was thrilled to see Raisa in this new role. Her portrayal of her character in GROWN-ISH is a fan favorite, and it's clear she continues to bring the same skill and nuance to HOW I MET YOUR FATHER. She brings a dynamic and lively performance that adds to the show's overall appeal.

Overall, I have high hopes for where the second season will go. I hope it continues upward with more well-punctuated comedic timing and storylines that keep us interested throughout the season.